The week marks the 70th anniversary of the attack on Pearl Harbor, Hawaii, and its aftermath, including the United States’ entry into World War II. For some, the memories of that day remain forever engrained. Their voices, in the form of primary sources from that era serve as powerful remembrances of that time period, of loved ones separated, of home front heroes, and of the war itself.

Those collections HSP has that recall the World War II era are varied and insightful. Below is a list of just some of these collections. Whether you’re researching a family member who served during the war, doing a study of World War II propaganda, or just want to know what life was like for soldiers before, during, and after the war, these collections illuminate an era in which people banded together, donated time, and served the county for a common cause.

Joseph Beck papers (Collection 3083) — Joseph E. Beck (1904-1981) was a social worker who helped Jewish refugees during World War II. He became the executive director of the Jewish Family Society of Philadelphia in 1934.

Herman Berger papers (Collection 3075) — Philadelphia Herman Berger was drafted into the U. S. Army in 1946. After basic training, he sent to occupied Japan and assigned to duty as a clerk typist at U.S. military general headquarters in Tokyo, where he served from September 1946 to February 1947.

Anthony Joseph Drexel Biddle papers (Collection 3110) — Biddle was a politician whose career took a turn to diplomacy before and during Word War II. From about 1935 to 1944 he served as U. S. ambassador to several European countries, including Norway, Poland and France. There’s no finding aid yet for this collection, but there is a paper inventory in our library.  The collection is slated for processing next year under our current NHPRC grant.

Frank Gordon Bradley letters (Collection 3548) – Bradley, who lived in Philadelphia but was born in Connecticut,  served with the United States Army during World War II. This collection consists of approximately 300 letters written by Bradley to his family in Connecticut during the war.

Historical Society of Pennsylvania collection of World War II papers (Collection 1479) — In late 1942, the Historical Society of Pennsylvania solicited materials to form an artificial collection to document the war effort of a number of community and social service agencies in Philadelphia. The collection contains numerous materials such as correspondence, financial records, photographs, newspaper clippings, scrapbooks, and ephemera

Historical Society of Pennsylvania war posters collection (Collection V95) — This collection contains over 500 original posters from both the World War I and World War II eras.  Many organizations and artists are represented.

Historical Society of Pennsylvania World War II propaganda collection (Collection 3335) — This collection is comprised of posters, magazine advertisements, flyers, and pamphlets from a variety of governmental and nongovernmental agencies dating from the late 1930s to the 1940s.  Most items focus on the conflict in Europe.

Sumiko Kobayashi papers (MSS073/PG230 and MSS073A) — In May 1942 Kobayashi’s family was evacuated from its California home under Executive Order 9066 to the Tanforan Assembly Center, a former race track, and then placed in the internment camp in Topaz, Utah. Her papers document her experiences as a young woman in leaving the Topaz internment camp to enroll in college, and her later activities on behalf of redress for Japanese Americans who had been imprisoned in the internment camps in World War II.

Mrs. Stacy B. Lloyd papers on American Red Cross’s Allied Prisoners of War Food Packing Service (Collection 3647) — Eleanor Burrough Morris (Mrs. Stacy B) Lloyd Mrs. Lloyd became the director of the nation’s first American Red Cross Allied Prisoners of War Food Packing Service, which opened Philadelphia in February 1943. From then through the end of the war in 1945, Lloyd supervised hundreds of mostly women volunteers as they created care packages for prisoners in war camps in Europe and Japan.

Edward A. Psulkowski letters (Collection 3123) — Psulkowski served with the Army Air Corps, 494 Bombardment Group (H), 864th Squadron. This colelction of letters narrates the story of two pen pals (Psulkowski and Gladys Kramer) who fell in love during World War II and married in 1946

We have dozens more World War II-related collections that are open for research.  For further descriptions and availability check our online catalog Discover.  If you’re interested in images, search our new Digital Library, as some items from these collections have been digitized.  If you need research help or have any questions, see our website for services and contacts.

Earlier this year, I posted about the end of the PACSCL Hidden Collections Processing Project at HSP.  Well…it wasn’t quite the end.   Earlier this month, Holly and Courtney, spent time finalizing the finding aids for the six collections that they and Michael and Celia processed during their months here from January to June.  It was very sad to see them go (for real, this time), yet what they left behind is nothing short of exciting.  The team processed two moderately useable collections (WWII and League of Women Voters of Phila.), two of our most use collections (Penn and Logan), and two almost inaccessible collections (Belfield and Cox transportation).  The finding aids for these collection are now up on the PACSCL website and well as HSP’s own site.  Links and descriptions follow.

In late 1942, the Historical Society of Pennsylvania solicited materials to form an artificial collection to document the war effort of a number of community and social service agencies in Philadelphia. The collection, which dates from 1938 to 1948, consists of press releases, administrative records, correspondence, financial records, photographs, newspaper clippings, scrapbooks, posters, and ephemera.

The British colony of Pennsylvania was given to William Penn (1644-1718) in 1681 by Charles II of England in repayment of a debt owed his father, Sir Admiral William Penn (1621-1670). Under Penn’s directive, Pennsylvania was settled by Quakers escaping religious torment in England and other European nations.  The Penn family papers house the personal and governmental records of William Penn, the proprietor of Pennsylvania, and his family. This collection, which dates from 1592 to 1960 (bulk of materials dating 1629 to 1834), consists primarily of correspondence, legal records, governmental records, surveys, deeds, grants, receipts, and account books; there are also 19th and 20th century auction catalogs and other secondary materials.

The Logan family was a prominent Philadelphia family dating back to 1699, when James Logan, the family patriarch, arrived in Philadelphia to serve as the first secretary of the Pennsylvania colony. Through work in agriculture and politics, Logan and his descendants were intimately involved in the development of the Pennsylvania colony and, later, the fledging United States. James Logan’s prominence resulted in connections, both professional and familial, with other prominent colonial families, including the Norris and Dickinson families.  This collection is rich in the history of Philadelphia, Pennsylvania and Delaware, the formation of the colony of Pennsylvania, the relationship of early colonials with the Native Americans, the bid for independence and the later formation of the United States of America. Included in the papers are correspondence, legal records, estate records, financial records, land and property records, diaries, and writings.

The Belfield papers include materials from families who lived in the Belfield mansion in Germantown, Pennsylvania from 1826 until 1984; however, the papers span the years 1679 to 1977. This collection includes correspondence, financial records, ephemera, photographs, scrapbooks, pamphlets, periodicals, and other items. Featured individuals include William and Sarah Logan Fisher Wister, their son John Wister and his wife, Sarah Tyler Boas Wister, their granddaughter Sarah Logan Wister Starr and her husband, James Starr, and their great-granddaughter S. Logan Starr Blain and her husband, Dr. Daniel Blain. Topics that are particularly well documented in the Belfield papers include: Women’s Medical College of Pennsylvania; Colonial Dames of America; the Sesquicentennial Exposition; stamp collecting; world travel during the Great Depression; twentieth-century psychiatry; nineteenth-century industry and legal practice; and the genealogy of the Logan, Fisher and Wister families.

Prior to the 1870s, Philadelphia’s public transportation system consisted of dozens of independently owned and operated horse drawn streetcar lines. In the 1880s and 1890s steps were taken toward electrification and unification, a goal finally achieved in 1902 with the founding of Philadelphia Rapid Transit Company (PRT). PRT constructed subway and elevated train lines, and managed public transportation until 1940, when the Philadelphia Transportation Company (PTC) was established, absorbing PRT and all of its functions. The Dr. Harold E. Cox transportation collection is composed primarily of records from PTC and PRT, as well as PRT’s subsidiary and predecessor rail lines. This collection dates from 1803 to 1967, with the bulk of materials ranging from 1858 to 1960. It consists of financial records, legal records, correspondence, administrative records, ephemera, scrapbooks, newspaper clippings, atlases, and route maps and diagrams. The collection documents the growth and development of public transportation in Philadelphia, with a focus on the business activities and legal affairs of the PTC and PRT. 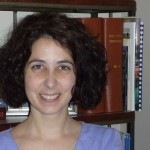